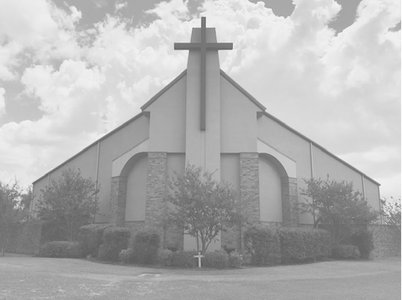 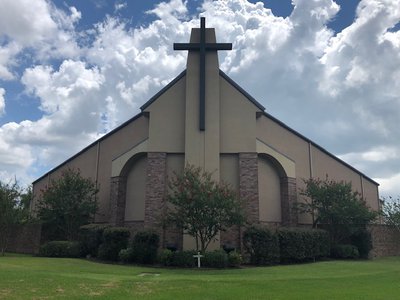 Yet "to be named" August 5, 1958 the church held its first service at Beauxart Garden Community House. Then the services moved to the National Guard Armory. Later the church settled at the Flying Chef Restaurant inside the Jefferson County Airport. A building committee was created and the name "Wesley" was chosen.

Wesley's first service was December 31, 1958 and held in the original building on this property. In 1961 the Sanctuary was added. Improvements were made and the STEEPLE was set on top of the roof. With doors opened our church family grew and grew.

Through the years, prayers formed the foundation of Wesley. Wesley needed room for ministry. The grounds were broken for the Christian Life Center in April 1999.

Hurricane Rita took her toll in September 2005. The Sanctuary building was destroyed but not the Church. A service of love was held on October 12, 2005 and the Christian Life Center became the Arc and the family continued to worship together.

The Christian Life Center was dedicated in 2006 and the Note was burned.

June 24, 2007 the ground-breaking of the New Sanctuary began. The will of the church was as strong as the iron beams and the heart of Wesley was inscribed with prayers and scriptures. The true beauty of Wesley was taking shape. A beacon of hope was affixed to be the light shining in the darkness.

The church family moved into the New Sanctuary August 8, 2008 and the first service was held.

The last note of the Sanctuary was paid. It is with great joy and thanksgiving that Wesley is dedicated to our Lord on the 18th day of August 2019.

I believe in God the Father Almighty,

maker of heaven and earth;

And in Jesus Christ his only Son our Lord:

who was conceived by the Holy Spirit,

born of the Virgin Mary,

was crucified, dead, and buried;

the third day he rose from the dead;

he ascended into heaven,

and sitteth at the right hand of God the Father Almighty;

from thence he shall come to judge the quick and the dead.

I believe in the Holy Spirit,

the holy catholic (not Roman) church,

the communion of saints,

the forgiveness of sins,

the resurrection of the body,

and the life everlasting.

To make disciples of Jesus Christ for the transformation of the world.

Our Board of Steward Leaders

Say hello to our Staff at Wesley!

Say hello to our Staff at Wesley! 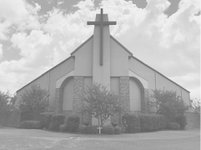 "To make disciples of Jesus Christ for the transformation of the world."